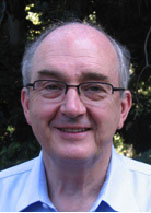 To honor the career of Ernest M Wright, FRS, the UCLA Department of Physiology is starting a fundraising initiative with the three-year goal of securing a minimum of $500,000 for the Ernest M. Wright Term Chair in Physiology. Donations will be accumulated in a UCLA Foundation Ernest M. Wright Fund account until the goal is met; it will then be converted to a term chair for a lasting legacy. The endowment will be used to help support deserving junior faculty members and their research programs. It will be awarded to an individual for up to five years, after which another chair holder will be selected. All selections will be made by an ad hoc committee comprising of faculty from outside the department and one departmental representative.

Ernie is Professor of Physiology and Mellinkoff Professor of Medicine at the David Geffen School of Medicine at UCLA. Throughout his career, he has been a trailblazer in research on the structure, function, and genetics of transport proteins, which act as gatekeepers for the body by carrying essential molecules across cellular membranes. To date, he has published a total of 325 peer-reviewed research articles, making a significant impact on the understanding of how ions and nutrients are transported into and out of cells. In 2003, his research team identified a new protein that senses changes in glucose, the blood sugar that fuels body function, and more recently contributed to solving the structure of a sodium glucose transporter. His UCLA discoveries are now leading to the development of new drugs to control diabetes as well as obesity. He holds three patents in this area.

In his 49-year tenure at UCLA, Ernie has mentored 48 postdoctoral fellows and graduate students in his laboratory, as well as dozens of colleagues at UCLA and elsewhere. He has been instrumental in guiding and shaping the future of young researchers and advising colleagues at all stages of their careers. These relationships have been important and lasting, hallmarked by Ernie's enthusiastic commitment to excellence, collegiality and having fun (complete with snapping fingers!).

Ernie joined the faculty of the medical school in 1967 and was Chair of the Department of Physiology from 1987 to 2000. During his career, he received the Senator Jacob K. Javits Neuroscience Investigator Award from the National Institutes of Health (NIH) from 1985 to 1992 and was named the Walter B. Cannon Distinguished Lecturer by the American Physiological Society in 1989, the G.W. Harris Lecturer by The Physiological Society in 1990, and a Fellow of the Biophysical Society in 2005. Ernie has served on the editorial boards for several physiology journals, consults for the NIH, and has been scientific advisor to the Eli and Edythe L. Broad Medical Foundation in Los Angeles. In 2005 he was elected Fellow of Royal Society, an honor considered one of the highest accolades a scientist can achieve. In 2006, he was elected to the German Academy of Sciences. In 2013 he was elected to the National Academy of Sciences.

Ernie was born in Belfast, Ireland, grew up in Magheramore, Ireland, and attended Larne Grammar School in Ulster. He earned his doctorate degrees in physiology from London University and Sheffield University in England and completed his research fellowship at Harvard University in Boston. He met his wife, psychologist Brenda Keys, while attending high school in Coventry, England.